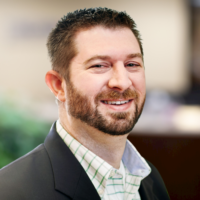 Scott joined Glass Jacobson’s accounting and audit department in August of 2010. Scott is a senior manager with the firm and has practiced public accounting since 1998. His principal areas of expertise include high-level audit work (including nonprofits and Yellow Book), small business accounting, and tax planning.

Scott is a certified public accountant and received a bachelor of science degree in business administration with a minor in crop and soil science from Oregon State University. He is a member of the AICPA and the MACPA.

Scott and his family relocated to Baltimore from Oregon in December of 2007. Scott and his wife live in Ellicott City with their ten children, three of whom are adopted from Uganda. Scott is a big Oregon State Beavers fan, as he grew up on a grass seed farm in the Willamette Valley in Oregon. Scott enjoys spending time with his family, sports, and is involved in his church. He recently was the church treasurer for six years and currently teaches Sunday school.